Since the times of Western modernity, knowledge is compartmentalized as different fields. This has however, not mitigated the influence of natural science model of theorizing on social sciences. As a result the discipline of organization theory has grown without the influence of abstract, ephemeral and metaphysical fields such as; religion, history, mystic philosophy, arts and literature. With the rise of organizational cultural studies and the emergence of symbolic-interpretive view of organizing during the last three or four decades, the trend is however gradually shifting. Corporate aesthetics is one such field within organization theory which places value on the aesthetical aspects of managing and organizing. Taking lead from corporate aesthetics, this paper highlights the link between organization theory and literature (poetry, both English and Urdu). The linguistic and conceptual instrument of metaphors is isolated as the underpinning tool of this link. The role of metaphors in organization theory assumes further importance since the emergence of ‘social construction’ and ‘sense making’ view of organizations. The paper reinforces the views of contemporary writers of organization theory that the field draws from multiple and diverse disciplines by highlighting the link between organization theory and poetry through employing metaphoricity. （Organization theory and poetry: A not so elusive link by Naveed Yazdani, School of Professional Advancement, University of Management and Technology, Lahore. Pakistan. Hasan S. Murad, University of Management and Technology, Lahore, Pakistan. and Rana Zamin Abbas, Organization Theory Center, University of Management and Technology, Lahore, Pakistan. / Accepted 15 September, 2011 African Journal of Business Management Vol. 6(1), pp. 7-13,11 January, 2012 / Available online at http://www.academicjournals.org/AJBM）

Creative industry content can be lucrative export for Malaysia

Tun Dr Mahathir Mohamad said creative industry content such as movies, dramas and animations could be a lucrative export for the country if the products were of high quality.

The prime minister noted that the creative industry is a thriving sector in Malaysia with the existence of 345 MSC Malaysia status companies under the Creative Content and Technology cluster out of a total of 2,986 active MSC Malaysian companies as of March 31, 2019.

"In 2018, the MSC Malaysia status companies under this cluster recorded sales of RM7.69 billion with export value of RM1.4 billion and provided 11,471 job opportunities," he said in his speech at the 15th National Academy of Arts Culture and Heritage (Aswara) Convocation Ceremony here today.

Dr Mahathir believes that ASWARA, with its variety of faculties can provide high quality creative industry content and products for local and international markets.

Meanwhile, the prime minister stressed that Malaysia could not lose its identity which was shaped through its cultural and artistic diversity.

"We need to balance physical and material progress with the development of arts and culture because it is only in this way that we can strengthen the civilisation of the nation," he said.

He further noted that Malaysian culture, like the culture of other countries, is constantly changing due to external influences, developments in communication, technology and others.

"In this regard, arts and culture education is very important because we do not want to experience cultural degradation and poverty," Dr Mahathir said, adding that the decline would erode values vital for the survival of the nation.

“If arts and culture are not championed, society will no longer understand the functions and use of the core culture which becomes (our) identity, and instead they will know more of foreign cultures. With this, the noble values we inherited will also disappear,” he said.

Dr Mahathir said the rich Malaysian culture should not just be expanded within the country but should also be promoted on the global stage, while the people should also learn the cultures of other communities.

He said it is time for the government and Malaysians to pay attention to the country’s arts and culture which formed the pillar of racial identity.

Earlier, Dr Mahathir and his wife Tun Dr Siti Hasmah Mohd Ali were awarded an honorary Doctorate in Creative Arts in conjunction with the Aswara convocation. The award has just been introduced by the institution.

“This award is very meaningful to us. But what is more important is that this award has placed arts and culture as a subject which should be given attention.

"Culture in particular can determine the success or otherwise of a race, and indeed an individual,” said Dr Mahathir, adding that he and his wife were honoured to be the first recipients of the award. （Bernama : 07 Nov 2019 ） 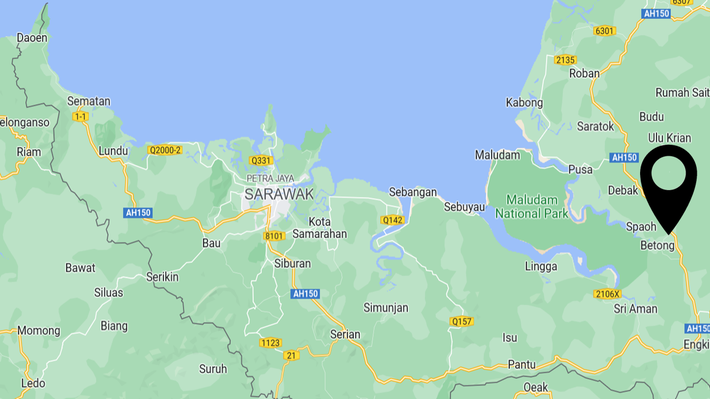 In every 15 Malaysian employees, there is 1 creative worker, or 6.7% of our total labor force. However, the creative industry contributes approximately only 2% towards the Malaysian GDP for the last year before Covid-19 pandemic，and constitute 0.2% of our exports. In 2019, the country’s exports of creative goods were at RM220 million, comprising items such as printed books，brochures, printed materials, pictures and photographs. Among the countries involved in the exports of creative goods are India, China, Singapore, Hong Kong, Thailand, Taiwan, Turkey and Poland.(Source: 21.10.2020 The Malaysian Reserve)

If we compare our data with with that of the world market, we will soon realise where are our weaknesses and opportunities for catching up:

Figures published by UNCTAD in May 2013 show that world trade of creative goods and services totalled a record US$ 624 billion in 2011 and that it more than doubled from 2002 to 2011; the average annual growth rate during that period was 8.8 per cent. Growth in developing-country exports of creative goods was even stronger, averaging 12.1 per cent annually over the same period. (CREATIVE ECONOMY REPORT 2013>WIDENING LOCAL DEVELOPMENT PATHWAYS by UNDP)

Kota Kinabalu: The first Sabahan – and perhaps the first Malaysian – to visit New York in 1936 and who returned to tell his tale is the subject of a documentary slated for release next year.

Called “Saudin the Orang Utan Whisperer” it is expected to spark interest in Sabah and Keningau and revolves around Saudin Labotao from Kg Ambual in Keningau. He was hired by the world’s first wildlife filmmakers Martin and Osa Johnson to handle animals on their voyage from Sandakan to New York.

Saudin’s experience travelling to New York just before World War II was chronicled in Agnes Keith’s 1939 international classic, Land Below the Wind. She devoted an entire chapter to Saudin, as she did the Johnsons.

It was also Agnes who recommended Saudin to the the Johnsons for the purpose as he was skilled in looking after animals.

Saudin was featured in a coffee table book entitled “Spirit of Borneo: Hollywood’s first glimpse” about the Johnsons’ visit to then British North Borneo in 1920 and 1935.

James had also featured Saudin in a special report in the paper titled “Saudin, The Murut Marco Polo.” His trip to New York took him to Singapore, India, South Africa and many other ports of call along the way.

Producer Noreini Rahman of Rye Production Sdn Bhd said interest in making a movie about Saudin was sparked when she came across the “Spirit of Borneo” now a collector’s item due to its limited circulation. She carried out extensive research on Saudin both in Keningau as well as places he had been to while in New York and liaised with the Safari Museum in Kansas where much of the Johnsons memorabilia are kept. 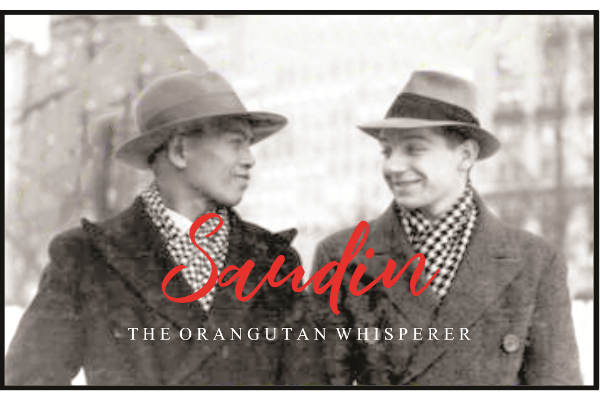 Noreini also established contact with Saudin’s family members and has involved his grandchildren in the film as well.

The production team on Monday met with Sabah Tourism Board Chairman Datuk Joniston Bangkuai to discuss possible collaboration to promote the documentary as well as turn Saudin’s house in Keningau into a museum gallery for heritage tourism.

Joniston, who is also Assistant Minister of State Tourism, Culture, and Environment, agreed on the necessity for Saudin’s story to be told because he played an important role in bridging the gap between different cultures.

“Something has to be done. The Sabah Tourism Board is always looking for new tourism products, and Saudin story has much potential.

“We need to promote who Saudin is and I believe the documentary will generate interest. Of course, we will play our part in promoting Sabah,” he said.

Joniston said a team would be sent to Saudin’s abandoned house in Kg Ambual to assess the possibility of turning it into a tourist attraction.

Saudin’s house, according to his grandchildren, is in its original condition but has been slightly damaged by termites. His belongings have also been left in place. His grave is nearby.

Noreini said she spent four years researching Saudin and that the production team pitched the story to the National Film Development Corporation (Finas) and History Channel.

The documentary is nearly finished and would be submitted to Finas as well as the History Channel for final approval.

“With the assistance of the Sabah Tourism Board, we hope to launch the documentary in Sabah. This is a crucial documentary focusing on a native Sabahan and we want the younger generation to know him as he is part of history.

“We also engaged the Kansas History of Museum, and they are excited to collaborate with us,” she added.

Norman, his grandson, plays Saudin in the documentary. The friendship between Saudin and the animals he cared for, as well as the western people he met, is highlighted in the story.

There was also interest in making a musical on Saudin a few years ago by a Sabahan entrepreneur, Peter Chua. However, it did not materialise.

Good story is always universal. I still remember when I paid a visit to my old acquaintance in Wu-ai Distribution Market of Shen Yang City a few years back, I met a group of delegations from Selangor. A few Indian business leaders were among them, and there were no problems at all for them understanding the concept of the Belt and Road Initiative. Their leader even said that they could help convey the opportunities offered by this initiative to their partners in India. Yes, the Indian government do worry about their ocean may be dominated by the Chinese Fleet. However, if they are willing to learn just a little bit of the history of Zheng Ho's voyages (not once, twice but 7 times), or that of Arabian or Venetian merchant ships right before the arrival of Spanish, Portuguese, Netherlands and English war ships, then they will understand whom they should be cautious of. (The author: 1st on the right) 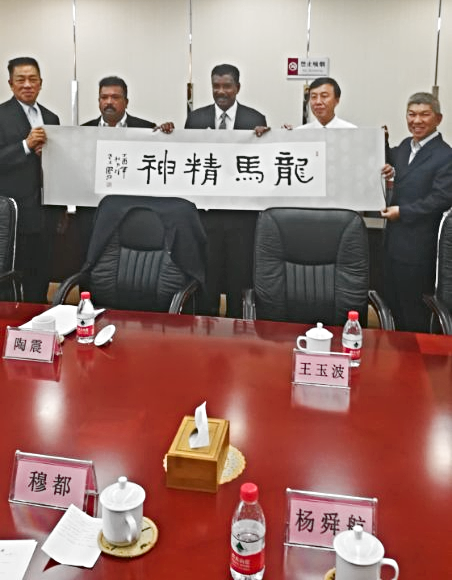 Is philosophy useful to industry? by Elisa Massoni