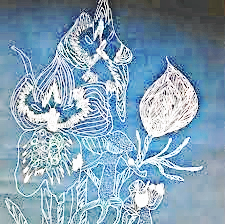 Casey Lee:
KADAZANDUSUNS IN SABAH MAY CHANGE THEIR NAME? HERE’S WHAT IT IS

When you fill in government forms, you may notice that there is no other choice other than the standard Malay, Chinese, Indian and Lain-Lain in the race column.

This has always been a problem for East Malaysian natives, who for years have been forced to use “Lain-Lain” as their race, even though they have been given bumiputra status by the Federal Constitution.

Then in 2015, Sarawak made a big change by removing the “Lain-Lain” category for the native groups in Sarawak and a new category was introduced for them. Today, the native groups of Sarawak, whether they are Iban, Bidayuh or Kayan, can now fill in “Dayak” as their race.

But… what about Sabah?

While it is the objective of the MNC (Momogun National Congress) to have all the native groups recognised under one united umbrella, it is also their mission to help the native groups be the community that it deserves to be.

“To be organized and successful, the Momogun people must acquire the correct mindset, character and competence to see and absorb the vast opportunities offered by the country,” MNC president Datuk Henrynus Amin, quoted in The Borneo Post

The South China Sea is a marginal sea that is part of the Pacific Ocean, encompassing an area from the Singapore and Malacca Straits to the Strait of Taiwan of around 3,500,000 square kilometres (1,400,000 sq mi). The area's importance largely results from one-third of the world's shipping transiting through its waters, and that it is believed to hold huge oil and gas reserves beneath its seabed. south of mainland China, including the island of Taiwan, in the east;

east of Vietnam and Cambodia;

west of the Philippines;

east of the Malay peninsula and Sumatra, up to the Strait of Malacca in the west; and

north of the Bangka–Belitung Islands and Borneo


The minute South China Sea Islands, collectively an archipelago, number in the hundreds. The sea and its mostly uninhabited islands are subject to competing claims of sovereignty by several countries. These claims are also reflected in the variety of names used for the islands and the sea.

Midnight on the Great Western

In the third-class sat the journeying boy,

And the roof-lamp’s oily flame

Played down on his listless form and face,

Bewrapt past knowing to what he was going,

Or whence he came.

In the band of his hat the journeying boy

Had a ticket stuck; and a string

Around his neck bore the key of his box,

That twinkled gleams of the lamp’s sad beams

What past can be yours, O journeying boy,

Towards a world unknown,

Who calmly, as if incurious quite

On all at stake, can undertake

Our rude realms far above,

Whence with spacious vision you mark and mete

This region of sin that you find you in

But are not of?

Give me the long, straight road before me,

A clear, cold day with a nipping air,

Tall, bare trees to run on beside me,

A heart that is light and free from care.

Then let me go! – I care not whither

My feet may lead, for my spirit shall be

Free as the brook that flows to the river,

Free as the river that flows to the sea.

Slow reading is the intentional reduction in the speed of reading, carried out to increase comprehension or pleasure· The concept appears to have originated in the study of philosophy and literature as a technique to more fully comprehend and appreciate a complex text· More recently, there has been increased interest in slow reading as result of the slow movement and its focus on decelerating the pace of modern life·

The use of slow reading in literary criticism is sometimes referred to as close reading· Of less common usage is the term, "deep reading"· Slow reading is contrasted with speed reading which involves techniques to increase the rate of reading without adversely affecting comprehension, and contrasted with skimming which employs visual page cues to increase reading speed· The earliest reference to slow reading appears to be in Nietzsche's preface to the 1887 Daybreak: "It is not for nothing that one has been a philologist, perhaps one is a philologist still, that is to say, a teacher of slow reading·"

Birkerts, in his book The Gutenberg Elegies, stated "Reading, because we control it, is adaptable to our needs and rhythms· We are free to indulge our subjective associative impulse； the term I coin for this is deep reading: the slow and meditative possession of a book·"

Birkerts' emphasis on the importance of personal control over the speed of reading is echoed by Pullman, who additionally argued that taking control of the pace of one's reading is a form of personal freedom, and develops an appreciation of democracy·

A similar view was stated by Postman, who noted the character of the ordinary citizen of the 19th century, a mind that could listen for hours on end to political orations clearly shaped by a culture favouring text· Postman warns that reading books is important for developing rational thinking and political astuteness·

Lindsay Waters, Executive Editor for the Humanities at Harvard University Press, declared a worldwide reading crisis resulting from our global push toward productivity·

He asserts that young children are learning to read faster, skipping phonetics and diagramming sentences, and concludes that these children will not grow up to read Milton·

He advised re-introducing time into reading: "The mighty imperative is to speed everything up, but there might be some advantage in slowing things down· People are trying slow eating· Why not slow reading?"