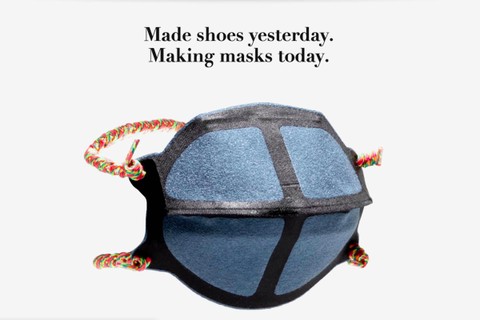 Abstract: The primary aim of this study is to explore how native mythological tales have been portrayed in tourism marketing. As part of the assessment this research examines the values ingrained in the native  myths and the parts of the traditional stories which have been selected for inclusion and commoditisation in tourism brochures. Content analysis of the representation of myths associated with Mount Kinabalu and the legendary warrior named Monsopiad was carried out. Findings show that Mount Kinabalu’s  myth has  been included  in the brochures published  from 1969-2015  while  the  legend associated  with Monsopiad  has been represented  in the brochures published from 200°-2015. Traditional worldviews and values linked to Kadazan Dusun have been projected in the tourism brochures. The analysis of the stories  uncovered  specific  elements  associated with Kadazan Dusun people such as the beliefs in the afterlife and presence of spirits, nature as the source of supernatural occ uri ence z and the notion of bravery consisting of physical strength and spiritual power. It was reflected via the projection of two tales that the Kadazan Dusuns are intimately linked to nature, their ancestors and supernatural worlds. Lastly, the findings of this study contribute to understanding of the representation tourism and mythology by demonstrating that in addition to cultural heritage sites,  myths  and  legends  have also been included in the promotion of natural sites and natural resources. Besides, the parts  of  the  mythological tales which have been commoditised in the brochures  are the ones  that showcase  the uniqueness of particular ethnic groups and places.

According to scholars such as Perez-Aranda  as well as Hassan and Isa (2014), mythological tales and  attributes have been frequently included in the promotion of tourist destinations as it is believed that the utilisation  of enticing tales can increase the desirability of destinations and add value to the tourist experience.  In  the context of Borneo, Gingging (200°) states that anthropologists and colonial officers living there during the British era were interested in the local traditions and customs linked to indigenous myths. However, it is important to note that myths and  legends  are  not things of the past, as mystical beliefs and practices form part of the way of life for some Malaysians even in modern times. The practice of rituals and customs associated with myths and legends is still evident in Malay community life, particularly in wedding ceremonies, the performing arts and other life-cycle rites (Larsen, 1996; Hamzah, 200°).

Despite the significance of myths and legends in Malaysia only a limited numbers of studies have examinedmythological tales, especially in the context of tourism. Therefore, the primary aim of this study is to explore the representation of native myths and legends in the Malaysian promotional material, focusing on an analysis of indigenous traditional tales. In the  context  of Malaysian tourism, the analysis of myths is important as contemporary promotion focuses on multi-ethnic and multi-cultural attributes (Yaapar, 2005) and one way to showcase ethnicity and cultural vibrancy is  via mythology. Moreover, the growing importance of mythology in tourism promotion is clearly reflected recently as ‘myths and folklore’ have been chosen as the theme for the celebration of . During the celebration, many well-known myths and legends have been presented to visitors using the concept of street performance.

Literature review: Indigenous myths. A review of the available literature on indigenous myths reveals that many articles discuss a connection to rituals and festivals associated with paddy spirits. Based on studies of the mythological tales of various native groups, namely Kadazan Dusun, Iban, Rungus and the Negrito population such as Semang, Jakun and Jahut, a number of key attributes can be identified (Shimomoto, 19°9; Liang, 1985; Hussin, 2008). One of the key criteria  of  the  native myths is  the  intimate  relationship  between  native people and their natural environment and landscape. A second characteristic is that nature is the source  of mystical and supernatural phenomena and some parts of natural resources are considered sacred. For instance, according to the Kadazan Dusun traditional belief, Mount Kinabalu is regarded as a sacred resting ground  and  a final destination for their souls (Liang, 1985). Another criterion of indigenous myths is that the human world is intimately linked to the realm of spirits. In the legends examining the relations between the ruling Malay dynasties and indigenous people, native groups are portrayed as having a closer connection to  the supernatural world than the Malays. Proximity to the supernatural world is also apparent from the descriptions of the lifestyle of the Iban people in the state of Sarawak including their traditional textile, Pua Kumbu.

Myths and legends in tourism: A review of the researches conducted by Amirjamshidi et al. (2012), Karar (2010), Dollah and Kob (2004), reveal that mythological stories play important roles in the context of pilgrim tourism and heritage tourism. This is demonstrated in  the  study carried out by Amirjamshidi  et al. (2012) that  legends and religious rituals can represent important components of heritage and the cultural landscape.

（Con't）This is because intangible cultural attributes such  as  legends  and religious rituals can add value and enhance the  authenticity and genuineness of particular heritage sites and buildings (Amirjamshidi et al., 2012). In the context of Malaysia, Dollah and Kob (2004) argue that myths of origin play a significant role in the rejuvenation and revitalisation of culture and heritage. The legend narrating that Baba and Nyonya descended from the marriage between a princess of China, Hang Li Po (who came to Melaka with 500 maids) and Sultan Mansur Shah during the 15th century has strengthened belief in their existence and identity in the historic state of Melaka (Dollah and Kob, 2004). It is also reflected in this study that the presence of Hang Li Po’s well near the Chinese hill in Melaka has made the Baba and Nyonya myth of origin believable. In a place which is well-known for its mythology, Langkawi Island, myths and legends not only form components of local intangible heritage; they have also been transformed into destination attributes  which can lure tourists (Aziz and Ong, 2011 ).

It is proposed that the inclusion  of  myths  and legends can increase the attractiveness of tourist sites and destinations. For example, Hassan and Isa (2014) argue that the inclusion of myths and legends in the promotion of an archeological site in Malaysia, Lengg ong Valley, can enhance the desirability of this place to tourists. Similarly in the promotion of Algrave as a beach destination, it is claimed that local myths and legends can enhance the authenticty and add more value to this destination (Aranda et al., 2015).

To summarise, myths and legends have played an important role in the development cultural  heritage tourism and it is apparent that places associated with fascinating mythological stories can be commercialised for tourism. Therefore, the analysis in this study helps to fill the gap in knowledge about tourism and mythology with an assessment of the representation of native traditional tales in promotional material.

The analysis of native myths and legends  contained in promotional tourist material was carried out using content analysis. Content analysis is a method which has been used by many researchers in investigating the contents of media and printed materials. According to Prasad (2008), “content denotes what is contained and content analysis is the analysis of what is contained in a message” In his recent research, Krippendorff (2010) defined content analysis as “a research technique for making replicable and valid inferences from texts or other meaningful matter to the context of their use” Furthermore, this method can be used to examine both quantitative and qualitative components (Graneheim and Lundman, 2004). This technique has been commonly employed to examine tourist destination images and representations. As this study utilises both  quantitative and qualitative approaches in investigating the tourism portrayal of myths, it is appropriate to adopt content analysis.

The data selected for analysis were promotional brochures published by Malaysian national bodies from 1962-2015. In the assessment of the portrayal of myths only brochures which were published in the English language were selected for examination. As this research concentrates on the representation of indigenous myths, the assessment only focuses on two well-known native tales associated with Mount Kinabalu and Monsopiad included in tourism brochures.