China unveiled on Saturday the principles, framework, and cooperation priorities and mechanisms in its Belt and Road Initiative in a bid to enhance regional connectivity and embrace a brighter future together.

The action plan, jointly released by the National Development and Reform Commission, Ministry of Foreign Affairs and Ministry of Commerce, offered insight in the China-initiated program's vision and endeavors. 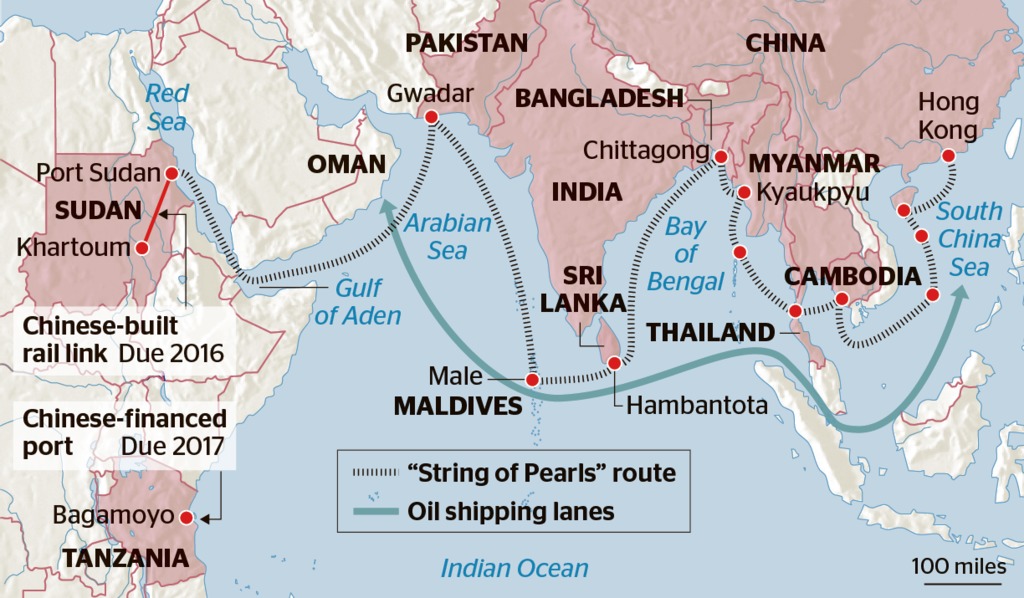 The Silk Road Economic Belt focuses on bringing together China, Central Asia, Russia and Europe (the Baltic); linking China with the Persian Gulf and the Mediterranean Sea through Central Asia and the Indian Ocean. The 21st-Century Maritime Silk Road is designed to go from China's coast to Europe through the South China Sea and the Indian Ocean in one route, and from China's coast through the South China Sea to the South Pacific in the other.h Following are the major events in the development of China's "Belt and Road" Initiative so far.

September 2013 -- The Silk Road Economic Belt concept was introduced by Chinese President Xi Jinping during his visit to Kazakhstan. In a speech delivered at Nazarbayev University, Xi suggested that China and Central Asia cooperate to build a Silk Road Economic Belt. It was the first time the Chinese leadership mentioned the strategic vision.

November 2013 -- The Third Plenary Session of the 18th Central Committee of the Communist Party of China called for accelerating infrastructure links among neighboring countries and facilitating the Belt and Road initiative.

December 2013 -- Xi urged strategic planning of the Belt and Road initiative to promote connectedness of infrastructure and build a community of common interests at the annual Central Economic Work Conference.

February 2014 -- Xi and his Russian counterpart, Vladimir Putin, reached a consensus on construction of the Belt and Road, as well as its connection with Russia's Euro-Asia Railways.

March 2014 -- Premier Li Keqiang called for accelerating Belt and Road construction in the government work report. The report also called for balanced development of the Bangladesh-China-India-Myanmar Economic Corridor and the China-Pakistan Economic Corridor.

May 2014 -- The first phase of a logistics terminal jointly built by China and Kazakhstan went into operation in the port of Lianyungang in east China's Jiangsu Province. The terminal, with a total investment of 606 million yuan (98 million U.S. dollars), is considered a platform for goods from central Asian countries to reach overseas markets.

October 2014 -- Twenty-one Asian countries willing to join the AIIB as founding members signed the Memorandum of Understanding on Establishing AIIB. As agreed, Beijing will be the host city for AIIB's headquarters. The AIIB is expected to be formally established by the end of 2015.

November 2014 -- President Xi announced that China will contribute 40 billion U.S. dollars to set up the Silk Road Fund. During the Beijing APEC meetings, Xi announced that the fund will be used to provide investment and financing support for infrastructure, resources, industrial cooperation, financial cooperation and other projects in countries along the Belt and Road.

December 2014 -- The Central Economic Work Conference sketched out priorities for the coming year, which include the implementation of Belt and Road initiative. Earlier in the month, Thailand approved a draft memorandum of understanding between Thailand and China on railway cooperation.

January 2015 -- The number of AIIB founding members, many of which are important countries along the Silk Road routes, rose to 26 after New Zealand, Maldives, Saudi Arabia and Tajikistan officially joined.

March 8, 2015 -- Chinese Foreign Minister Wang Yi dismissed comparisons of the initiative to the U.S.-sponsored Marshall Plan. The initiative is "the product of inclusive cooperation, not a tool of geopolitics, and must not be viewed with an outdated Cold War mentality," Wang said, adding that China's diplomacy in 2015 will focus on making progress on the Belt and Road initiative.

March 28, 2015 -- The National Development and Reform Commission, Ministry of Foreign Affairs and Ministry of Commerce jointly released an action plan on the principles, framework, and cooperation priorities and mechanisms in the Belt and Road Initiative after President Xi Jinping highlighted the strategy the same day while addressing the opening ceremony of the 2015 annual conference of the Boao Forum for Asia (BFA) in the coastal town of China's southernmost island province of Hainan. （English.news.cn | 2015-03-28 15:07:19 | Editor: Tian Shaohui)