"Synergy with AVPN is expected to increase startup opportunities and creative economic players get additional capital while increasing their skills in the creative industry," Deputy Capital Access Bekraf Fadjar Hutomo Fadjar said after signing a memorandum of understanding of the…

Strolling through Bonifacio Global City on a sunny Saturday, it is easy to spot the groups of smiley teenagers self-learning slick K-Pop dance moves in the shadows of gilded skyscrapers and leafy parks.

This joyful scene in a privileged enclave of Metro Manila is replicated every weekend across the sprawling cities of South-east Asia, as teens continue to ride the seemingly unstoppable “Korean Wave”. Whereas US music stars once reigned supreme in the Philippines and the wider region,…

What is the creative economy?

How the term ‘creative industries’ began

The term ‘creative industries’ began to be used about twenty years ago to describe a range of activities, some of which are amongst the oldest in history and some of…

8. FINAL REMARKS ON THE DEVELOPMENT OF
MALAYSIA’S CREATIVE ECONOMY

The fundamental source of conflict in this new world will not be primarily ideological or
primarily economic. The great divisions among humankind and the dominating source
of conflict will be cultural. The clash of…

Future Plans for the Organisation

PERZIM follows the ICOM mission, and is shifting their role to become a modern museum
corporation. They have implemented many changes and programs over the past decade, and
are among a number of museums in the region introducing different activities and programs…

7. DISCUSSION OF CREATIVE ECONOMY
DEVELOPMENT IN MALAYSIA IN THE CONTEXT OF
TWO CASE STUDIES
Innovation creates jobs and boosts national competitiveness. This is why we, too, must
make a creative impact in a competitive global economy. We must not allow ourselves
to be left…

Traditional to Engaging Phases
Phase I: Traditional
The formation of Malaysia started in Malacca in the thirteenth-century. The image of Malacca
as one of Malaysia’s historical cities lends a substantial advantage in terms of attracting
visitors to museums. The Malacca state government has played an active role in…

Respondent Profiles
From the total of four respondents interviewed by this study, there is only one female staff
member. Three respondents worked with PERZIM for more than ten years except for one,
who worked there for less than a year. Two of the respondents were in their mid-thirties, one
of them in his…

With its government buildings, churches, squares and fortifications, Malacca demonstrates the early stages of this history originating in the 15th-century Malay sultanate and the Portuguese and Dutch periods beginning in the early 16th century.

3.1 The Malaysian Experience in Developing a Creative Economy

He is the One GOD: the Creator; the Initiator; the Designer. To Him belong the most beautiful names.
Glorifying Him is everything in the heavens and the earth. He is the Almighty, Most…

The term creative tourism is an extension of cultural tourism. Richards and Raymond (2000)
are among the first authors to use this term, and argue that consumers are increasingly
looking for more engaging, interactive experiences that can help them in their personal
development…

5.4 RQ2: What is the development path for Malaysian creative economy enterprises?

Animation started in Malaysia mainly for documentaries and public service filmlets by the
Malayan Film Unit. However, the significant impact of the first cartoon Malay magazine, Gilagila…

Respondent Profile
Out of the nine respondents only one female staff was interviewed (refer to Table 5.3). Seven
of the respondents were younger than 25-years-old, and two were aged younger than 30. Five
respondents had worked more than two years with the company, and the rest worked with the
company for…

We have something the West doesn’t. We have a range of cultures, of religions, the
way we see art is totally different. We can adapt to any kind of design.
(AunHoe 2010, 82)

This chapter presents extensive data gathered in the case study on Les’copaque Production
Sdn. Bhd. The chapter begins with a comparison of the MSC capital city, Malaysia…

THE LITERATURE ON CREATIVE SECTORS

1.1 Introduction to the Creative Economy

We are now embarking on a new quest to position Kuala Lumpur as one of the creative hubs of the world, to be parallel with the mega cities of London, Milan, Los Angeles, Tokyo and even our next-door neighbours Bangkok and Singapore. As we enter the creative economy spotlight, we…

The Multimedia Super Corridor is envisaged as the leading edge of a new national strategy for Malaysia to achieve the goals described in our country's vision 2020.
(Mahathir, 1996a)

This chapter outlines the key themes of this study, and introduces the research problem and… 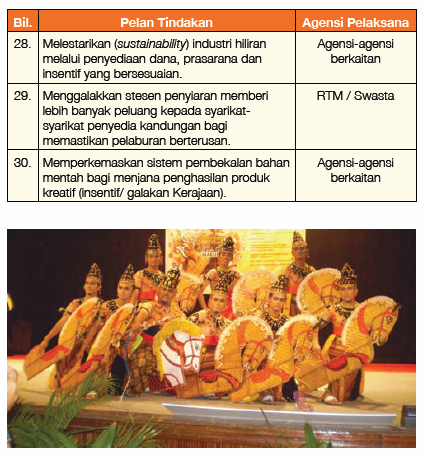 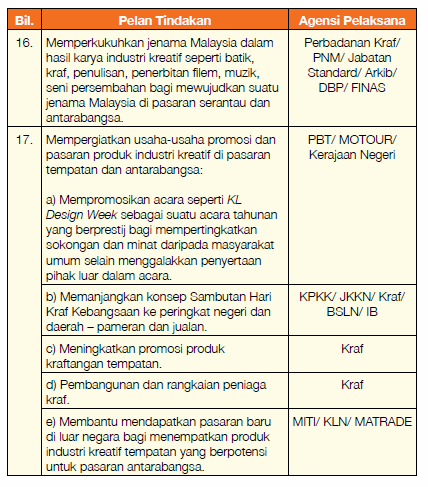 For Your Eyes Only 0.3 謎樣眼睛